Anime Searching for some information

↪ Go to first unread reply
Options
I'm looking for episodes past the year of 1966-68. My wife worked for Frontier Enterprises and did Japanese to English voice overs, she had the part of "ginger" in those past episodes. Can anyone help me find the videos of those animes so I could download them and show them to our grandchildren. Thank you in advance
Are you talking about Space Ace or other Anime?
For Space Ace, it is rumored that there has been an English Dub for Australia, but I can't find any proof for this.
Also, as storing film was quite expensive and after the rise of colour TV series during the 70s, there is a high chance that these masters already have been destroyed ages ago :(
There is no known VHS nor DVD release.

Same for Ougon Bat or Phantaman.

Outside of the Anime industry, Frontier Enterprises was known for dubbing several early Godzilla movies.

Please note: All of these works are still copyrighted.

A small advise: You may contact https://twitter.com/worldofcrap
Don't get confused by his Twitter-Name, but he is an expert regarding weird and/or lost English voice overs. 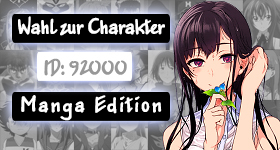 Do you like helping others find an anime they’re looking for or do you simply enjoy telling others about anime? If so, we recommend adding a link to the respective anime page here on aniSearch to your posts. This way you not only make it much easier for the recipient of your post to find what you’re talking about, you also offer them a plethora of details about the anime!