An overview on all the posts you made.

For me this was a short little inspirational piece in form of a music video. It begins with the introduction of the girl, which already made me think about my own life. "What will I become from now on? - After some time, I stopped thinking about that - Maybe I forgot... how to think at all". This little piece made me think of myself, having motivational problems and struggling to find my own little path in life. Just this little moment alone was enough for it to seem interesting to me. I wanted to see what is all behind that question and this girls past.

So what exactly is this piece?

A story is being told about a young girl, probably a pre-teen or teenager, which is struggling in life, and who doesn't find much, if any, motivation for things to do. Yet, she thinks she isn't lonely, based on the fact, that she clinges onto the only real thing she has: a tablet (yep..), being a present by someone from her past (yet to be known in this part of the video).

Now there comes the part, where the music begins. And I admit, at first I really liked the musical piece and I was encouraged to continue listening and watching. At this point, so far, the video made an excellent job as of keeping people interested in the music and also the story. At least the music part is something, which doesn't affect everyone, of course.

I personally, as soon as the voice started coming in, cringed a little. I just thought, that this type of animation and instrumental didn't fit with the voice at all. So this gave me a first punch down. It just felt as a nother boring pop song. Luckily, the voice part was kinda short and it turned back to the instrumental only, which was much more enjoyable for me.

As for the story part, and also characters, we start to see the girl exploring all kind of things with her tablet, with which she can create things (I guess?). So it's basically like she is in a big simulator world, where she can create and explore everything she wants. As soon as she had a flashback to the past, her happy mood was gone and she began to think about what may have happened. Following is basically the part, which tries to show how the girl is thinking and suffering at the same time, while not being able to remember anything from the past. She just continues to live her daily life as a sole purpose of living.

At some point there comes the plot twisting moment. She has a flashback of the past, which is shown as her being a ghost in the past and standing near by what happened.
It was a nice way of presenting it while still maintaining the reactions of the girl. I like those kind of flashback scenarios instead of those boring ones, where you can see the reaction only afterwards.

Now we learned a lot lot more about the past of the girl and about the other male person, from who she got the tablet from. In my opinion it was shown in a overly happy mood, so that it seemed a little too surreal. It basically made the fate of the present girl's life seem more sad as it really was in the first place.

In the end there was a really nice connection between those two "worlds" and a nice way to come back to the point of the piece itself.

"Even if those memories make me sad, I've got to go forward, believing in the future. Even when I realize my loneliness and am about to lose all hope, those memories [of the people] make me stronger." 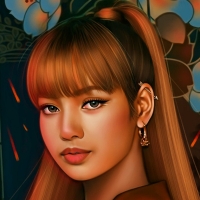 This user’s privacy settings prevent this information from being shown publically.