This topic contains short as well as longer reviews on the movie “Pinocchio” and is by no means the right place for general discussions! Each post must be a stand-alone review that you wrote yourself. Each review should cover certain core aspects: plot, characters and a have a personal conclusion. Feel free to comment on existing reviews using the comment function.
↪ Go to first unread reply
Options
Pinocchio is a nickname for the character this story revolves around.

Choi In Ha, acted by the unbelievable Park Shin Hye, who did a fantastic job in this drama, is a person who can't lie or else she has to hiccup. A very unfortunate feature, so it seems. Yet, she strives to be happy in life - just as much as anyone else in the world. When she crosses paths with Choi Dal-Po, her same-aged uncle, her life story changes drastically.

Pinocchio does a wonderful job of depicting what it's like to be controlled by the media and how everything works behind the scenes when you are a reporter. It clearly shows the scary side of media on a whole other level. Pinocchio itself has a very complex and weird-structured story. Even after finishing the drama, it's not 100% clear, what the red thread throughout this story was and that makes it very enjoyable to watch on the one hand, but it also makes you a bit confused and worried at times.
To highlight outstanding acting performances, I clearly - as I already hinted at - have to point out Park Shin Hye as the main anchor point of this story. She just depicts this character perfectly and her acting the hiccuping is so real to a point where it's scary that it's only acted. She couldn't have done this better and it's definitely her best drama act so far. Lee Jong Suk is very strong here, as usual, but I think he got outshined by Park Shin Hye a bit. Talking about the supporting cast - very well acted were the roles of Jang Hyun Gyu by Min Sung Wook, as the crazy nitpicking reporter who just has the most unique humor ever shown in a tv show period, and also Yoon Yoo Rae played by Lee Yoo Bi, who supported especially Park Shin Hye and Lee Jong Suk perfectly. These two actors made side stories impactful and enjoyable as no other and I can't think of any better choices of well-acted roles than these two and Park Shin Hye.
I overall enjoyed Pinocchio quite a bit, but let me warn you: The first 3-4 episodes are weird and misleading and you might actually get annoyed by some story twists here and there. Also by one or another character - so bear with it. It only get's better from there. Another critique point of Pinocchio could be the awful depiction of tears on the actors and actresses faces'. I'm not sure if I ever saw any worse job done than here and even though that shouldn't keep anyone from watching this great show, it could get you annoyed sooner or later, since it's being used quite a bit and just doesn't look even close to real. For me, Pinocchio get's a 9/10 or 9,5/10 score - depending on what I decide on in the next few days - I have to let all this sink in a bit more, since I watched this drama in less than a week of time span and just finished it now. 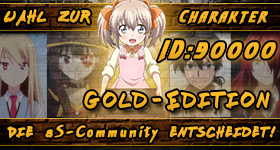