The source material for the popular TV series Overlord just had its 11th volume released and with it an announcement for a movie. Not much about the movie is known at this point, other than that it is to retell the events of the series, which was released in 2015. 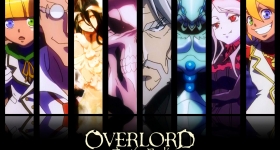