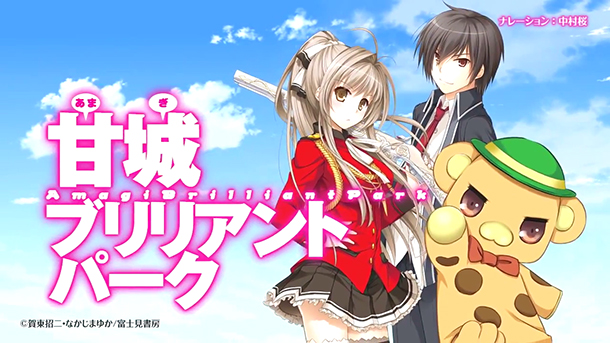 Amagi Brilliant ParkSeiya Kanie, your average high-schooler, is invited to a date in an amusement park by his mysterious and beautiful classmate, the transfer student Isuzu Sento. Once there, he's introduced to Ratifa, a "genuine" princess and manager of said amusement park. Ratifa asks him to become the acting manager of this "disappointment of an amusement park in the suburbs of Tokyo."
The light novel, currently spanning over two volumes with its third being released on Saturday, is illustrated by Yuka Nakajima (Papa no Iu Koto o Kikinasai!) and is being published since February 2013 by Fujimi Fantasia Bunko.