The official website for the third anime season revealed the first key visual and promotional video, as well as the title for the series: High School DxD BorN. 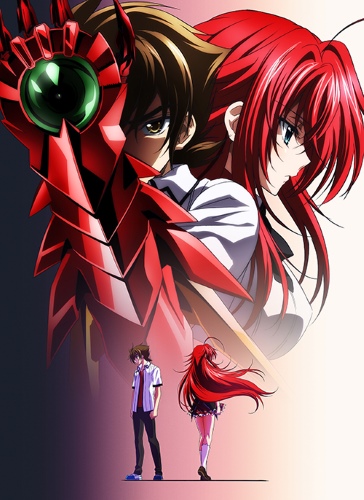 Blurb High School DxDIssei Hyodo is back with all of his voluptuous friends only this time he has more power than ever before. With the Excalibur swords and the Archangel Michael joining him in battle against the deadliest of foes yet, only time will tell if the Occult Research Club continues to thrive or if new leadership is needed to usher in a new magical era.
The first season (High School DxD) premiered in Japan in 2012 and the second season (High School DxD New) aired last summer and reunited most of the main staff and cast.