The first one is the upcoming anime Yurikuma Arashi from studio Silver Link which produced Strike The Blood and Nourin. Kunihiko Ikuhara will direct the anime, while Etsuko Sumimoto created the character design. The main voice cast consists of Nozomi Yamane as Kureha Tsubaki, Miho Arakawa as Ginko Yurishiro and Yoshiko Ikuta as Ruru Yurigasaki. 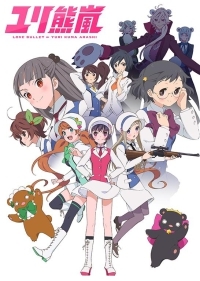 FUNimationAfter an asteroid explosion and meteor shower lit up the sky over planet earth, strange adorable bears began to attack and devour humans. The earthlings responded with violence of their own, and in the end, a massive barrier – the Wall of Extinction – was erected to separate man from bear. This fragile peace lasted until two high school girls encounter a yuri flower blooming – only to be shaken by the piercing warning of the Bear Alarm! Once again, bear and man- or bear and girl -will be pitted against each other in a deadly and mysterious showdown
FUNimation didn't announce the exact time when the anime will be streamed, but it can be assumed that it will be a simulcast release.

The second acquisition is the upcoming anime Absolute Duo from animation studio 8bit. Atsushi Nakayama is set to direct the production, while Takamitsu Kouno created the scripts and Atsushi Hiraasawa is composing the music for the anime.

The anime series is based on Takumi Hiiragiboshi's Light Novel series. The light novel runs in Media Factory's magazine MF Bunjo J since August 2012. There are currently seven volumes published. There are also two manga adaptions. Both run in the Monthly Comic Alive magazine. The first one since April 2013 and the second one since October 2014. 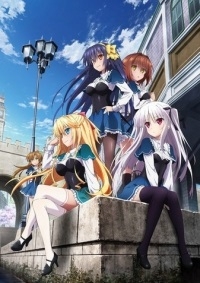 FUNimationIn a world of heroes who wield magical weapons known as Blaze, Thor Kokonoe’s manifests instead as a shield. Things aren’t all bad for Thor, though: he’s enrolled in an elite school that pairs students up into Duos, and his own partner is the beautiful Julie Sigtuna, a silver-haired exchange student who wields a wicked pair of blades. Along with a bevy of Blazing beauties, Thor’s high school adventures are just beginning!
FUNimation didn't announce the exact time when the anime will be streamed, but it can also be assumed that it will be a simulcast release.

Ikuhara strikes again. I'm so ready to be hyped by Yuri Kuma Arashi~ 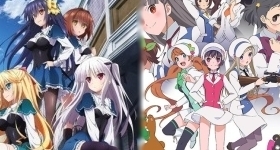