Masayuki Takano announced on his Twitter that his manga Blood Alone will no longer be serialized in Kodansha's Evening magazine. Takano plans to continue his manga and distribute it via dojinshi sales, however.

Takano on Twitter:
"My meeting just ended... Well then, I tweeted this at the time of the release of the tenth volume of Blood Alone, but I have a fairly sad announcement to make. I'm very sorry to have to make it.

The “serialization” of Blood Alone in Evening will end this spring. I apologize for my lack of power in this situation... ….However, since the story has only just entered the climax, I will continue to write the manga after its serialization has ended, and will finish it through selling dojinshi (self-published books) and digital books (the number of pages remaining in the manga will take up around four compiled volumes).

I would like to do my best release the remainder of Blood Alone in digital and physical forms with the ideas of “low price” and “simplicity to obtain.” I suppose I will sell the eleventh volume continuing the series as a dojinshi at the Comitia event in May." 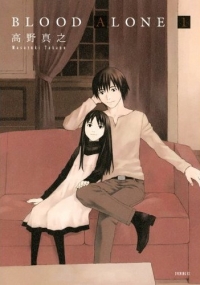 Takano originally started Blood Alone as a dojinshi, and back in 2004 it was serialized in ASCII Media Works' Monthly Comic Dengeki Daioh.

An English langauge release of the manga was first published by Infinity Studios and later on, in 2010 after acquiring the license for it, Seven Seas Entertainment started publishing it once again.

BlurbWitness the touching relationship between young vampiress Misaki and her human companion, the former vampire hunter turned investigative author, Kurose Kuroe, whom she’d die to protect. For recently turned vampire Minato Misaki, vampirism and the beastly powers that come with it are something that she wouldn’t wish upon her worst enemy, let alone her beloved Kuroe. But Kuroe’s supernatural investigations make him a regular target of not only vampires but of all sorts of undead creatures of the night. The only way to save him from these deadly threats may be to do the one thing that Misaki fears the most: to turn Kuroe into a vampire for his own protection.
Source: ANN 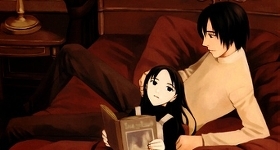