Vertical plans to release the fist volume on 6th October 2015 as an omnibus version. This means, two Japanese volumes will be bundled into one. There are currently eleven volumes released in Japan.

XEBEC produced an anime adaption, which was on air during the Fall Season 2014. Publisher FUNimation simulcasted the series and also plans to release the anime on DVD and Blu-ray. 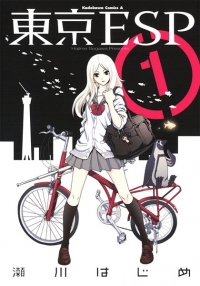 The Fandom PostUrushiba Rinka was a fairly normal high school girl, though she was a bit poor and her only family was her father. Then one day, she saw a penguin and some glowing fish swimming through the sky. Rinka might have thought it was a hallucination if there hadn’t been another witness with her, a boy from her school with a strangely scratched-up face.
Contact with a fish caused her to pass out, and when she awoke, she had developed the power to move through inanimate objects… such as the floor of her apartment! Later, a call from her father showed her that she was not the only one the flying fish bestowed with hard-to-control superpowers! What exactly is going on here? And does Rinka’s classmate know more about this situation than he’s letting on? 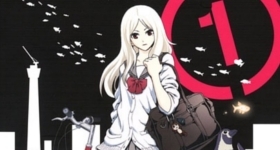